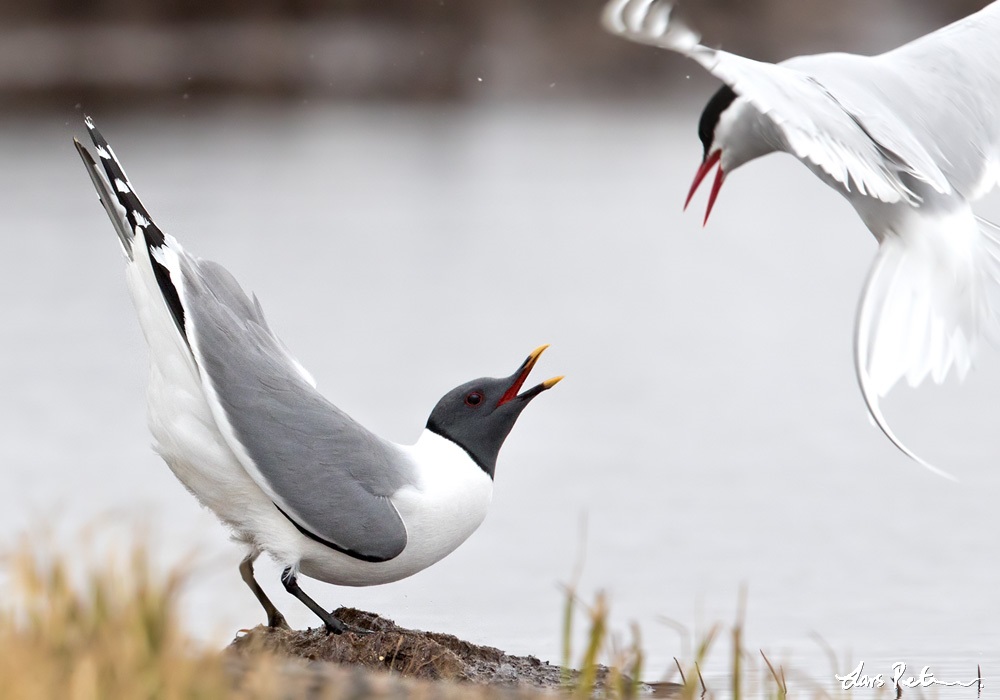 Xema sabini
Barrow, Alaska, USA - June 19 2016
Sabine's Gull in breeding plumage.
Over the years I have seen and photographed several Sabine's Gulls along the Swedish westcoast. They have allways been in juvenile plumage, which is good enough. A juvenile Sabine's Gull is a handsome little bird. But the adult Sabine's Gull is probably the most beautiful gull in the world, and to get to see one have felt beyond limits. Luckily, two birds showed up at Freshwater Lake outside Barrow and they allowed me to watch them at close range. However, this gull seemed to be an annoyance to the local Arctic Tern.