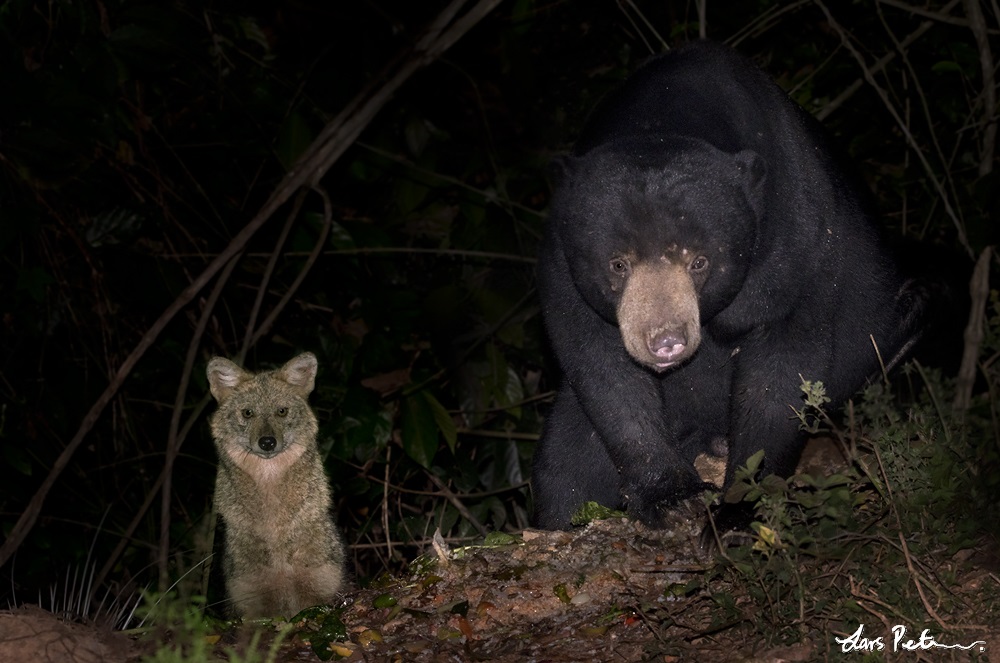 Helarctos malayanus
Kaeng Krachan National Park, Thailand - 21 februari 2018
We knew already before the trip that a Sun Bear sometimes might show up close to the camps in Kaeng Krachan. But we couldn't believe that it was actually going to happen. On our last of the three nights we camped in the park we were sitting in the canteen waiting for our meals. Suddenly one staff came up to our table and said ”Sun Bear”, not without excitement in his voice. He knew that we were interested so he came up straight to us. Two seconds later we were at the dump behind the kitchen watching a not very shy bear, feasting on leftovers. He (or she) had company with two Golden Jackals and no less than 9 Malayan Porcupines! Bear number 5 in the bag! (out of the 8 big bears in the world)